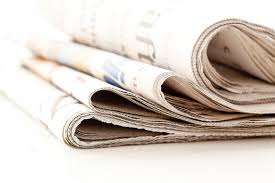 At my school, in the newspaper, under an alias, I would answer to the best of my ability, relationship questions asked by people on campus. They would tweet them at the school paper, or email them to the account, but either way I felt it my duty to treat each person as a friend, and think about every outcome/ side of the story before, and while, giving them my advice.

I thought that since my blog has become focused around love and music, sharing another huge section of what I write about may be nice. Although I love doing music and album reviews, or interviewing artists, sometimes helping people with their problems is what I enjoy doing the most. I feel that I get the most out of it, and I love nothing more than to hear that my advice has helped in some way.

I dated a guy for nearly a year. We went through so much together. He broke up with me a few weeks ago completely out of the blue, but says he still wants to be with me? I am totally in love with him, but I don’t know how much longer I can go on feeling confused and hurt. We act like we’re together, nothing about us is different from when we dated, he just doesn’t want the label of boyfriend and girlfriend and that makes me feel so insecure. I’m not sure whether I should stay with him in this weird in-between phase, or just move on. Any advice?

This is a question I can definitely relate too. I can understand how confused you must be and I can imagine how much that hurts. You have to think about a few things when a boy suddenly doesn’t want a label anymore (I say boy, because a man is an overstatement for someone that runs from commitment). I am sure all of these questions have gone through your head, “Is there somebody else?” “Did someone make him do this?” “Did I do something wrong?” You may never know the real answer, but one thing I can tell you is you didn’t do anything wrong. If he still wants to be with you, but not be official, that means he can’t be away from you and that’s a good thing believe it or not. If there was someone else, or if he was just sick of you, you’d know it.

To me, it seems like there is something a lot deeper going on here. I wish I could turn psychic and tell you exactly what it is. You had said in your question that he broke up with you “completely out of the blue,” if this is the case then something isn’t matching up. He broke up with you with no motive behind it, he still wants to be with you, he loves you, he’s acting like your boyfriend, but he can’t say that’s what he is. See the inconsistency here?

If he is easy to talk to then I say you need to sit down and lay it all out on the table. Tell him how you’re feeling, explain what his tug-of-war with himself is doing to you, try and make him understand that this isn’t normal and that if you love someone you should be able to be with them. I am never one to give ultimatum’s and I do think that sometimes they make things a bit more complicated than they need to be however, this is a time where I believe one should be implemented. If he loves you as much as he says he does then maybe losing you will be the wake-up call he needs. If he has you as his girlfriend now without the title, what will ever make him want to give it to you? You need to let him see that he is driving you away. I am sure you are an amazing person who does not deserve the hurt and confusion you are feeling.

In the mean time, try your hardest to stay positive and focus on you. There is nothing more desirable than a woman who loves herself, so get to that point. Work out, do better at work, focus on school, do anything you can to prove to yourself that your life is better without him (even if it doesn’t feel that way). You need to force yourself to move on a little bit. You aren’t together, no matter what he says. He won’t give you the respect to say you are and so you don’t give him the reason to feel like you are. I’m not saying go out on a date or flirt with someone else, because in all honesty that is just hurting and confusing yourself even more when you’re clearly still so in love with this guy. I am saying though, that this is your life and he essentially has as much say in it as one of your girl friends. Let him know that. Do things on your terms and your schedule. I understand that this could be extremely difficult at first, but I promise that if he loves you as much as he’s making it seem by still wanting you around that much, he will realize he’s making a huge mistake and he’ll want you to be his again. If he doesn’t come after you with flowers, begging for you in his life again as something more than just a friend, he is not the one (as much as it may hurt to hear). I believe in true love. I believe there is someone out there for everyone, and I believe that if you chase one thing too much, you may miss the great thing passing you by. Go with the flow, stay positive, never stop having the kind of heart that can love a boy so much even after he hurts you, and I promise you’ll be just fine.