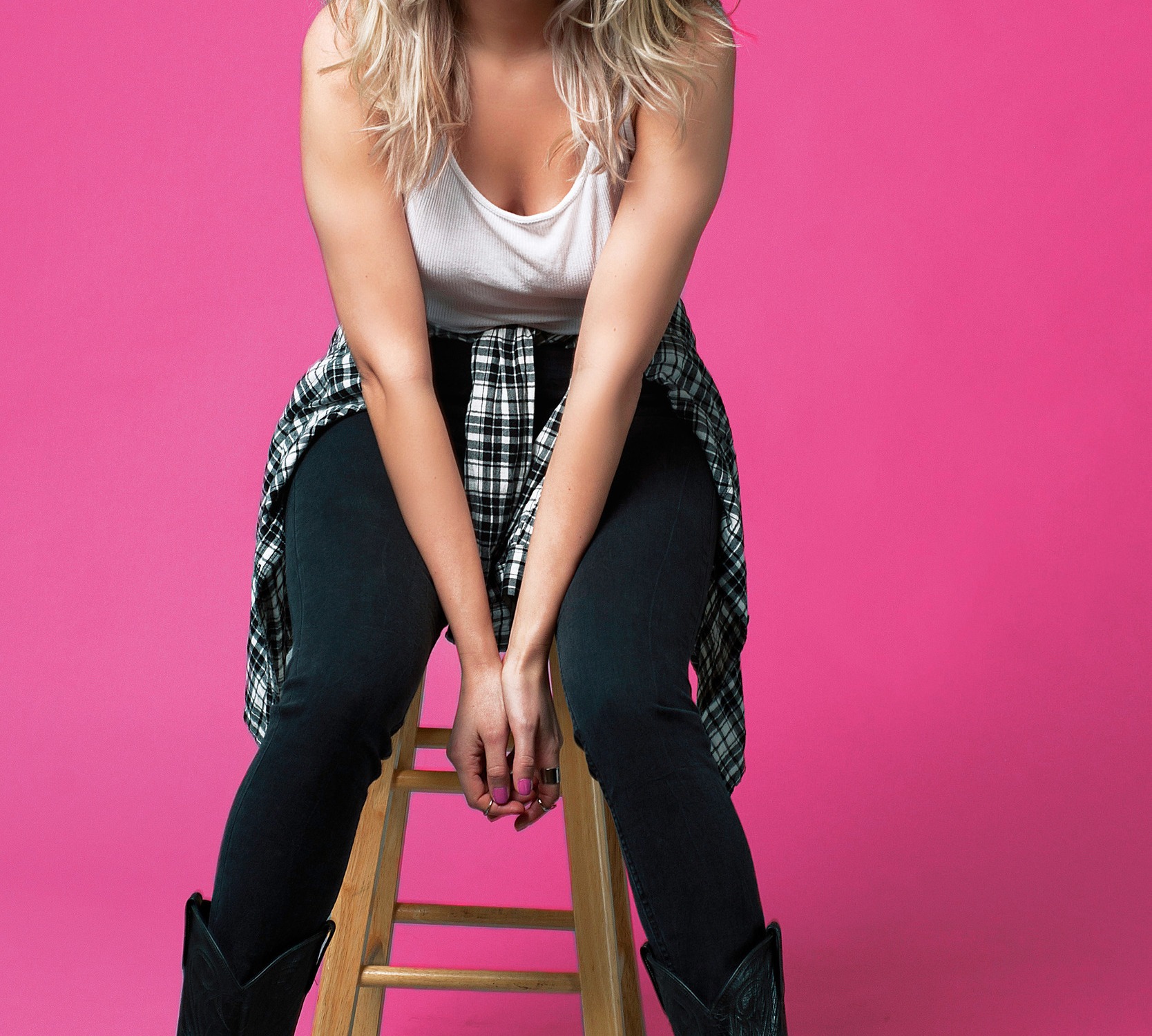 Emerging singer-songwriter, Alina Smith hit the country music scene this year with her catchy single “Free Beer.” The track had its’ debut on Sirius XM The Highway’s “On the Horizon” program, where they have listeners vote to keep new songs (and artists) on the air. Hailing from Russia, Alina puts a unique spin on a classic genre and isn’t afraid to take risks in a sometimes uniformed industry. I was lucky enough to speak with her about her recent growth and the aspects of her life that keep her motivated to continue making music we all love.

“I got started in the music business when I was 6,” Alina explained. “I auditioned to be in this kids’ singing group called ‘Aurora’. The next thing I knew, I was on a tour bus with them rolling through Europe. We played a show almost every night and I loved it!”

With a start in the industry as a six year-old touring through Europe, Alina was clearly destined to continue a prosperous career in music. I wanted to understand that musical environment in Russia while she was growing up. In the U.S. we tend to forget that things are different in other countries; in Italy kids drink wine at dinner and in Ghana they start work as early as eight years old. With such varying customs, it is important to understand how music is expressed elsewhere and the way that could affect artists who aren’t domestic to the country they gain fame in.

“I’m not sure what it was like for the other kids my age,” said Alina, “but since I was on the road with ‘Aurora’ all the time, everything was always about music and performing it. For example, our managers didn’t let us go swimming or eat ice cream, because they were afraid we’d catch a cold and lose our voices. Of course, we still did it on the sly,” she joked.

While music was always a part of Alina’s life, I was curious about what constituted her move to Nashville, primarily a country music based city.

“I knew I wanted to be a country artist and Nashville is the place for that. Compared to moving from Russia, it was a relatively painless process. Although I really do miss the West Coast weather,” she admitted.

As far as her career as a songwriter, Alina said that the singing came first due to how young she was when she originally started performing.

“I started writing in my early teens and it’s been my favorite since then. There’s nothing like getting that little spark of an idea and watching it grow into a song!”

Speaking of little sparks that turn into big ideas, Alina’s hit single “Free Beer” has been a fan-favorite on The Highway for months now. As a huge fan of The Highway on Sirius myself, I’ve always been curious as to how songs are chosen to be a part of the “On the Horizon” sector.

“It was totally serendipitous. My management has an open door policy – artists just come and go whenever they feel like it,” Alina said. “It was one of those times I just showed up to say ‘hey.’ When I walked in, they were all in the conference room with John Marks, who programs The Highway, playing him my music! I’m pretty sure John thought we staged my appearance, but it was really random. He added ‘Free Beer’ to the ‘On The Horizon’ segment of the show shortly after that.”

“It’s been great to watch the song grow organically,” she continued. “Since it’s a little edgy for country music, I was worried about how it might be received, but a lot of people seem to get it. I’ve seen a bunch of girls posting the lyrics and I can’t tell you how many guys have offered to buy me beer,” she laughed.

“To me it’s a total girl power song. Girls don’t need to hook up with guys to have a good time – just take the beer and hit the dance floor with your friends! Nothing against guys either – I have a great one here at home – I just think it’s fun to take the players and flip their game against them every once in a while.”

Because Alina is at a point her career where “Free Beer” is becoming a second identity to the emerging singer/songwriter, I wanted to spark interest in the rest of her portfolio and have fans get to know a little more about the woman behind the catchy hook.

“My songs are all like my babies, so it’s hard to be partial. Songs like “Free Beer” are really fun to perform, but there are also some ballads I’ve written that really hit home any time I sing them.”

With such an edgy stylization on a solidified genre, it is interesting to hear about Alina’s main influences – both personally and musically.

“I have a very broad musical taste. Obviously, I’m a huge country fan, traditional or new, but I also listen to a lot of pop, R&B and hip-hop. Michael Jackson is my favorite pop artist of all time. And as far as country, I love strong females, like Loretta Lynn or Miranda Lambert. Personally, I tend to pay attention to a lot of entrepreneurs outside of the music industry,” she went on, “especially the girls. Barbara Corcoran is very inspiring, so is Sophia Amoruso.

This uniquely empowering singer/songwriter has much more on the way for fans and soon-to-be fans alike. She encourages everyone to stay up to date on her latest music news by following her on Twitter and Instagram (@alinamusic). Alina Smith has taken the country music charts by storm and is bound to continue on this trend with her refreshing take on classic stories that are sure to grab your attention and keep you wanting more.