This truly is a career changing album for Mark – better known as Witt Lowry. Just when his audience didn’t think it could get much deeper than Kindest Regards, this happens. A real exemplification of a concept album, the tracks on Dreaming with Our Eyes Open take the listener on a poetic journey through the highs and lows of Witt’s life; it’s more like reading an autobiography.

The title track, “Dreaming with Our Eyes Open” is first up on the album and the piano sets a perfectly melodic mood to an ironic set of harsh sentiments. This song is a testament to those who are so consumed by money and material that they set the importance of the world aside.

“I’m looking to change the perception of people and all of the beauty it brings.”

This could be my favorite song on the album. Similar to the theme of Kindest Regards, it’s the perfect letter-like introduction to a deep collection of work. The great thing about Witt is that he doesn’t act like he has it all together, he just speaks on the fact that he’s trying to get there. People can relate to that. I can relate to that; and I know you’ll be able to too.

A fan of his softer, spoken-word type songs, I also found myself continuously replaying “Wonder If You Wonder;” track four on the album. Reminiscent of “Used to You” – one of my favorite singles – the hook on this song will forever be stuck in your head. You feel the pain in his voice and he doesn’t try to hide the truth behind the relationship with the girl the song revolves around. Maybe I’m just a sucker for beautiful piano melodies paired with real verses, but these are truly groundbreaking tracks for Witt as an artist. 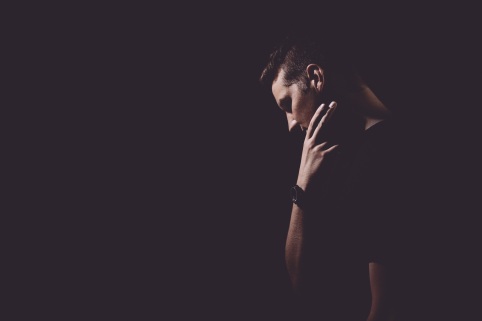 We all know what it feels like to wear our hearts on our sleeves, but rarely do we receive recognition for it. Witt doesn’t seek that. He speaks about the hurt he feels when the truth he tells doesn’t get the attention it deserves, but it’s clear music is a form of therapy for him. His music definitely serves that purpose for his fans as well.

Track six is more of a tell-all than any of Witt’s previous work and I think that’s because it tells a recapped story of himself throughout life.

“I don’t want to lose myself, just to run a silicone kingdom with you.”

He narrates the story of everyone involved in his life. I think this song has a lot to do with the path of success he’s been walking down lately as well. Saying with the hook, that he’s not going to be something he isn’t just to live a fake life of success.

“So rich that he’s feeling poor.”

Keeping with the theme that money doesn’t provide anything except a false sense of security and even though you can count on it to be “successful,” real success comes from faith and love and all of those things that are rarely touched on honestly in this genre.

“Running from Here” was a single off of this album and definitely gave Witt’s fan base the change of pace they were organically ready for. Another track where you feel like you’re reading a page of his journal – no confession-track is similar to the next. This song showcases his hopes and dreams, realizing that his perception is greater than any fabricated reality. It serves as an escape and is perfectly placed as the second to last track on the album. This song almost serves as a “to be continued…” where it’s impossible to know where he’ll go next, but you definitely know it won’t be backwards.

This new Witt Lowry is all about looking forward. Confessing for one last, super real time, that he’s closing the chapter of his life where pain was the strongest emotion and truly moving on from his past. We all have demons in our closet, things that haunt us and decisions we regret. In the end though, we are the choices we make. They don’t always have to be right, but if they’re wrong they can’t become a habit. “Dreaming with Our Eyes Open” is a page turner. Every song better (and more honest) than the next. Like always, I’m excited to see what’s next for this ever-developing artist and after just one listen to his latest work, I know you will be too.