There’s a truth to Erin Rae that makes her just as intriguing as her music. She’s been a Nashville native since she was eleven years old, living in almost every neighborhood the city has to offer. It was a bucket list wish of hers to play in-store at Grimey’s records, attached to Frothy Monkey on 8th. Last night that wish came true. The tiny record and coffee shop began to fill up a half hour in advance with anticipation of Erin’s performance. Meanwhile, Erin and I were discussing the amazing Pho she had for dinner over coffee at a table in a back room. 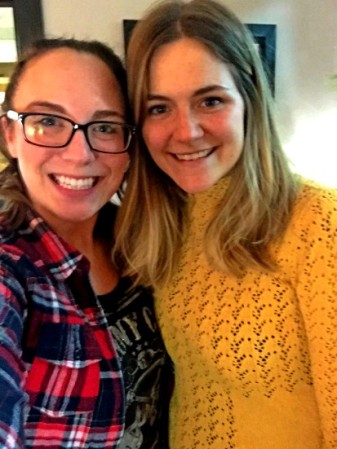 “My Dad bought me my first guitar when I was eighteen,” she revealed when I inquired how her musical career had been influenced. “When we moved from Jackson, TN to Nashville I was only eleven and my Mom became friends with Kathy Mattea and her husband Jon Vezner. Kathy’s vocal coach, Phoebe Binkley, soon became mine. She was more like a surrogate grandmother than anything else and shared so much knowledge and inspiration with me.”

Phoebe has worked with many greats over the years and you can hear a song she recorded in memory of her husband Bob Binkley here  – along with sweet words from Erin herself.

When I asked Erin if there was a song she’d heard lately that she wished she wrote, there was almost no hesitation.

“YES!” She remarked. “I’ve been doing cover sets at ACME on Broadway, things like the Eagles, Plant & Krause – there is this song off of their Raising Sand record called ‘Killing the Blues’ that is just so beautiful. I was just talking to someone recently about how I wished I wrote it!”

It is clear from just a glance at Erin’s song titles she writes about personal things. Each title revealing a glimpse of an emotion – almost like a line in a conversation.

“I’ve been trying to think through the writing process a bit more than I used to. I wrote ‘Clean Slate’ so fast in my living room, just kind of writing things down as they came into my mind – I was feeling my feelings,” she laughed. “Now I try to write out ideas and take a break. Think through the emotions and then come back to it when I can articulate them with a bit less ‘heart-on-my-sleeve.’

My latest album, Soon Enough has a lot less ‘woe is me’ and a lot more observation of other peoples lives and stories.”

Soon Enough was recorded in two days and completely live tracked to capture the essence of Erin & The Meanwhiles’ (her band) performances.

“I knew I wanted to do a live album. We’ve been playing the songs together for a few years now, for the most part, and we kind of have it down. Kevin, Mark & Graham have all added their own touch to each song that recording it live allowed us to play off of each other like we always do in concert.

Mike Rinne co-produced the album with me at Farmland Studios. It’s a studio that Anderson East runs alongside some talent guys. I believe it was built in the 20’s and it has such an authentic feel. It really lent itself to what we were trying to convey with the album.”

Compared to Crazy Talk released in 2010, Erin says she just wanted it to follow suit of her new writing style. To be a bite more “thoughtful” in the means of “processing emotions.”

“It’s always a safe bet to call my genre of music ‘Americana’ but I’m inspired by a lot. Old hip-hop, songs from our high school days – I even think Soon Enough draws a lot from Paul Simon in some of the percussion-driven tracks.”

As if going full circle, Erin shared that “Clean Slate” is more like an autobiography for her where she really analyzes her processes and behaviors over the years. While it’s a note to herself to say “you don’t have to know everything,” it conveys the same easing quality for the listener.

Like all of Erin’s music, it’s easy to feel at ease when listening to her talk about her craft. There’s a passion that you just can’t fake and if you want to know what that’s like, look no further.