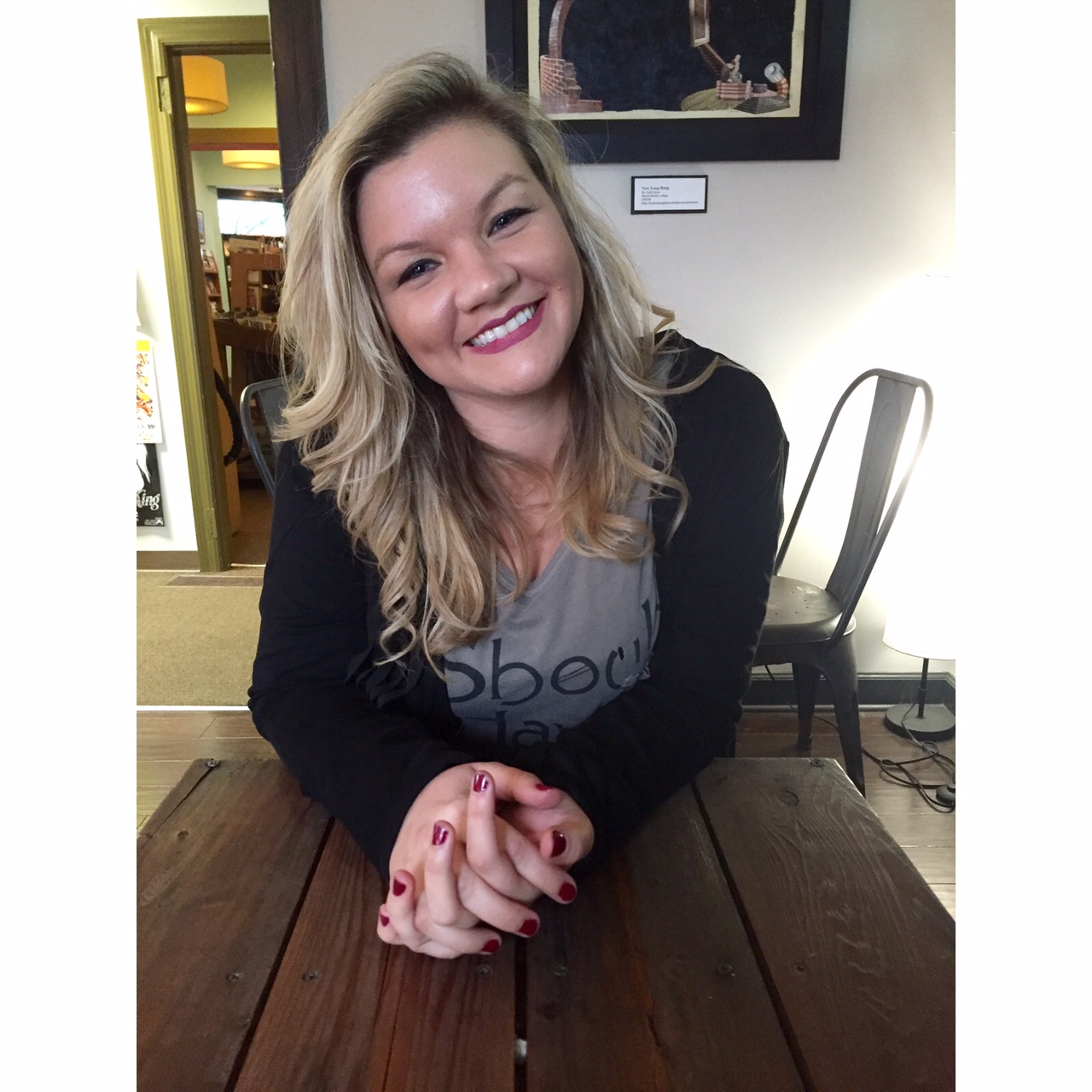 My roommate isn’t just any awesome roomie with an amazing collection of shoes who shares my obsession for cleaning. She’s also a driven and extremely talented radio show producer who’s forging a path for women in the music industry. If I said that to her, she’d shrug it off or think I was bragging, but it’s true. Amber Atnip is the producer for Taste of Country Nights and leaves no prisoners when it comes to getting shit done and making it look way easier than it actually was. A few short weeks ago, Amber was nominated for an ACM in tandem with the radio show and will be traveling to Vegas for the Academy of Country Music Awards and red carpet the first week of April. Not only will she be walking down the red carpet looking better than some stars at the Grammys, but she’ll probably be listening to her favorite playlist to pump her up – something she’s ready to share:

Click the link below to listen to “songs im singing loudly & off key” by Amber Atnip
https://open.spotify.com/user/12179185680/playlist/4z5mnvsB6c7dOhEU45NDS4 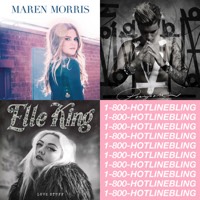 “A normal Monday for me is scheduling interviews – artists come by with new singles or albums, or even if they’re just in town, gathering questions for when they talk to the host, running social media and writing and editing promos. Basically a little of everything and not a lot of anything,” she laughed. “Oh and I talk on the radio,” she joked, downplaying how amazingly awesome that part is. “Sometimes you almost forget you’re on the radio because you’re just in a room with one other person. If I were to ever think about the thousands of people listening I would totally freeze up, so I guess it’s good that part never really seems real.” 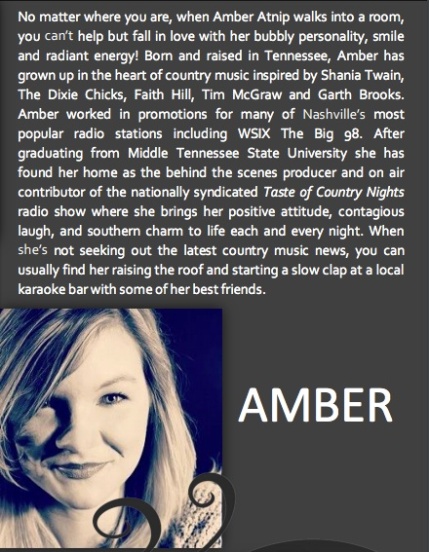 “The biggest perk of my job is getting new music. My obsession is music. I can’t play, sing, or write but I eat it up. I can sit in my car for hours and listen to riffs and lyrics, so when I get to see that same artist who’s music made me feel something and tell them directly how beautiful it is, that’s pretty amazing.”

Her love for music goes beyond just listening to new releases for the show. Amber says her dream job would be that of a music director for radio. She thinks there’s something special about “the stars alining” when you get into your car and your favorite song is already playing. It’s something that she says iTunes and streaming can’t give you.

As for the biggest drawback of having such an important, but equally stressful job at times?

“Just how time consuming it is,” I can attest to that as the girl is checking her email more than some people drink water in a day. “In this industry you have to give 120% always because if you don’t there’s always someone else who’s willing to for less money,” she put on a face that told me she meant business. “Sometimes you’re put in the position of choosing work events over time with friends and I think that’s the hardest part, especially at my age.” At 24, Amber’s made strides for herself that so many admire and it’s great to see that hard work paying off for her with her latest nomination.

“I was in bed when I found out about the ACM nom,” she started. “I had gotten a few text messages and one of the guys I work with said ‘Vegas wooo,’ so I figured our big boss had approved red carpet interviews for us to conduct at the ACM’s. I always check my email in the morning before I even put my feet on the ground and I had one that said ‘ACM Breaking News.’ I was always taught that you should except a compliment by saying thank you and moving on, but I suddenly became the weird girl who couldn’t accept one and kept thinking it was a joke. I even emailed a friend I have to ask if the nomination included me or just our host. I guess it was just hard to accept because it was such an honor.”

Amber says her biggest hope for Vegas is that people aren’t to hungover to make the red carpet – just kidding. But really, she said that. You had to have been there I guess.

“But really,” she followed up with, “I love interacting on the carpet. It’s like seeing old friends, but it’s more special because it’s not in Nashville. It’s like a destination reunion. Everyone’s blood is pumping and they’re all dolled up!”

Amber’s response? “Bono’s a dick!” I just had to stare at her until she finally chose one, not before saying,

“I have a different favorite for every mood and place in life. Right now, at this moment,” she stressed, “I’d have to say Aubrie Sellers. Her song, ‘Like the Rain’ is my obsession. It’s beautifully written and performed. We all have had someone in our life that’s like the rain – we’re always trying to catch them. It’s like she summed up everything I’d always wanted to say but didn’t know how.”

I can attest to that being Amber’s favorite song at the moment because I hear it on average ten times a night when we’re both home. And I can also attest to it being an amazing song, so if you haven’t heard it yet, nows your chance to listen and get a whole lot of bonus tracks in the process. 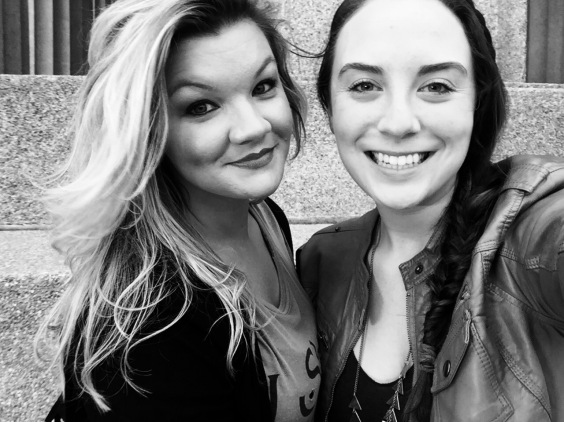 “All of the songs in this playlist mean something. There is nothing I hate worse than songs that are just fluff. I like songs that give people an emotion and make you want to get into the car just to listen to them.”

I couldn’t be more happy for, or proud of this incredible lady not only for her amazing nomination, but her stellar taste in music. Here’s the playlist again in case you missed it up top, or you’re like me and need to read about something before you try it (it’s like reading directions or it never seems right). Now get in your car, roll down the windows, and jam out to songs that are sure to pick up on how you feel. That’s what music’s all about, and there’s not better woman who knows that than this girl right here.

One thought on “Across the Table with Amber Atnip (A.K.A. My Roomie)”