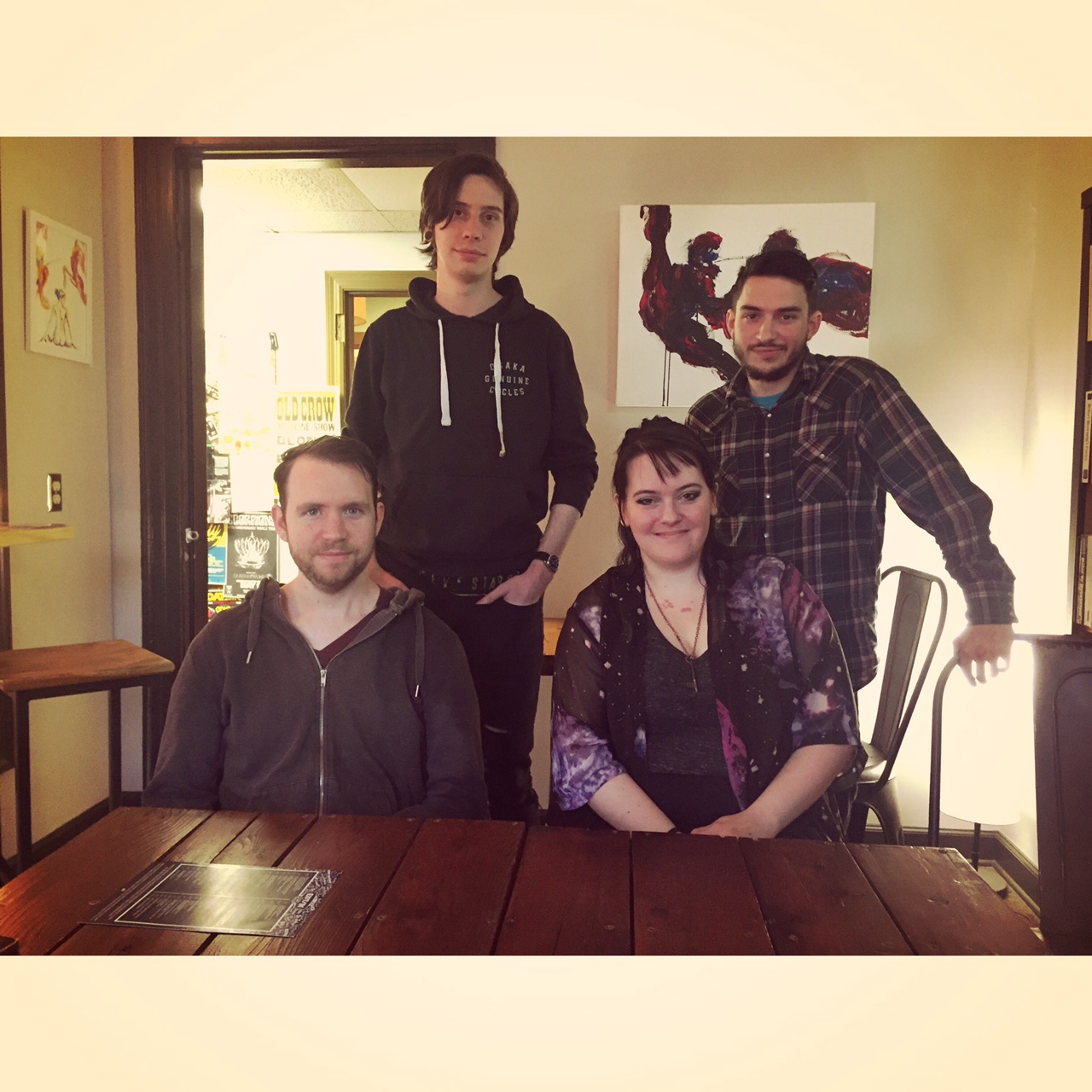 Usually sitting down with more than two band members is chaotic to say the least. It’s comparable to that saying of “too many cooks in the kitchen,” with lots of opinions and ideas that don’t necessarily coincide with one another’s. That being said, speaking with Raviner a few weeks back at Frothy on 8th was the exact opposite of that. They were a cohesive unit. A group of friends before a band and moreover, four people that knew more about every genre of music than anyone else I’ve ever sat across from. 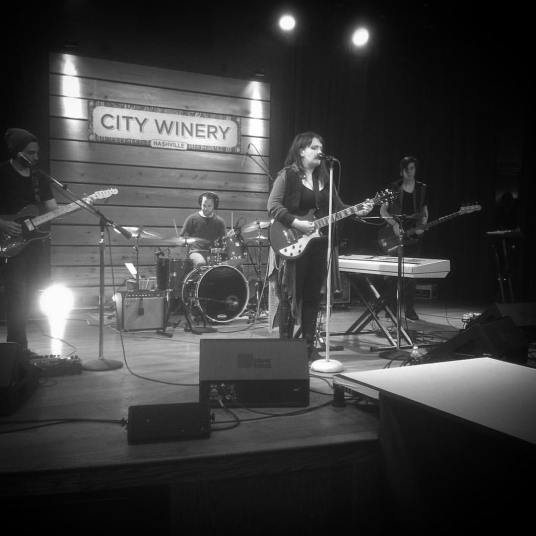 Made up of Kamber on piano and lead vocals, Jordan Boardman (percussion), Austin Huelsbeck (bass & synth), and Paul Carter (guitar & backing vocals), this alternative band is impossible to pigeon-hole and sets out to break barriers with their genre-crossing compositions.

“We’re from all over the place,” Kamber started, when she described the formation of the band. “Phoenix, Portland, Lakeland and the Knoxville area.” Austin and Kamber moved to Nashville together back in 2013 and soon after, their band came to fruition. Reminiscent of Evanescence and Paramore meeting Imogen Heap for the first time, they are daring and intense with their sound, speaking honestly and literally about the topics they cover in their music.

“We all have varying influences,” Austin explained about how their sound originated. “From As Tall as Lions to the Foo Fighters, everyone pulls from their own inspirations to merge our sound.” Listening to the band collectively go around and talk about their major influences was not only intriguing, but as each member stated their own personal draw, everything about their music started to make sense. It was like a million puzzle pieces coming together.

They all agreed that choosing a name was the hardest part. Kamber is a solo musician in her own element as well, so they needed something new, but also something that was a form of symbolization for all of them. They had been toying around with the word “raven” for a while, unsure on how to use it or what context it would give about their group or their music.

When they looked up “raven” on Wikipedia, they found that it was associated to the word “raviner [rav-ih-ner],” which resonates from ancient French and literally means “to pillage.” It’s an open-ended definition that they’re leaving for interpretation, but when you hear their music for the first time, I think it all makes sense. 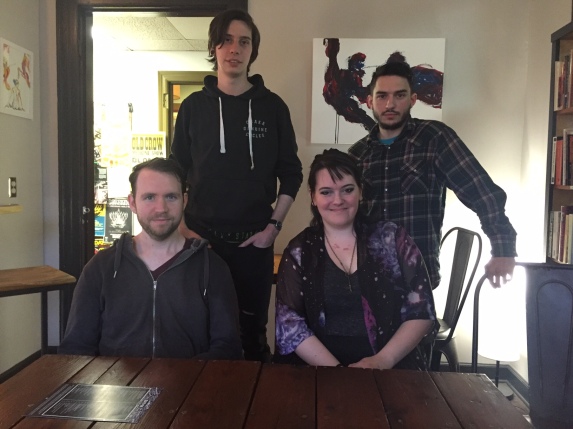 Kamber is the driving force of the band’s songwriting process.

“I’m a classically trained pianist,” she explained, “I am truly inspired by Tori Amos, Kate Bush and Imogen Heap. A lot of the way I write stems from their influence. I try to focus on raw material but bring an accessibility or pop-like element to it.” The passion Kamber shared about her songwriting process was organic and her bandmates were more than supportive. That’s sort of the vibe I had throughout my entire conversation with them.

Each and every bandmate was involved in something else. Whether it be their solo career as an artist, a newfound love in cinematography, or just balancing other aspects of life. It was refreshing to see how well they all not only balanced one another, but supported each other in their other endeavors. Constantly making remarks like,

“Kamber is an amazing songwriter,” or “Jordan is constantly opening our eyes to art in all forms that we didn’t even know existed.” “Austin has totally taken the reins on our film and is learning all he can about cinematography and what people want to see,” or “Paul is way too modest about the skill level he has and the musicians he models himself after.”

They were a unit. And it was so nice to see.

When I asked Raviner about their time in Nashville, they were unified on their answer to that as well. Besides Jordan saying he couldn’t speak much on it because he recently moved here full-time from the Knoxville area, Paul was all-willing to chime in.

“As a band, it’s a great city to be located out of and to call home,” he confessed, “but our best shows are out of town. There are a lot of competing forces in Nashville so it’s tough to have that ‘hometown audience.'”

“We accepted that it’s okay if we’re not the hottest local band,” Kamber and Austin almost said in tandem. “You can’t be that here. No one can. We’re not trying to impress people with our music, we’re just trying to make them feel something.”

I probably mentioned something earlier that you haven’t heard me touch on in Across the Tables before; cinematography. That’s because Raviner is in the process of working on a “movie project” to visually showcase their music. While Austin is the brains behind this project, Jordan has been dubbed by his bandmates as “the king of obscure and undiscovered, grossly talented indie bands,” which they’ve drawn a lot of inspiration from in this process.

“We wanted to elevate the group in a way than others with regards to music videos and there is so much access to equipment rentals here, there was no reason not to go big with it,” Austin said. “We’ve narrowed it down to an 11 minute story-like visual and that we are so excited to share with everyone.”

At the end of the day, Raviner knows who they are and they know how to articulate it. They aren’t striving for bigger or better, they’re settled in telling their story to anyone that will listen. They are going against conservative instincts, forms of oppression and conformity, to bring their own form of art to their audience; only hoping that with that art, will come a form of understanding and clarity from what they share.