It took some time away in London to bring this Cali girl’s heart to her musical roots. Violet Delancey grew up in Southern California, but you’d never know it when you listen to her Emmylou-inspired vocals and storyteller songwriting.

I met with Violet this week at Frothy on 8th to chat about her new album and the pathway that led her to a career in music. Violet was sweet and soft spoken, but just like her music, she had a lot to say.

“When I was in college [Vassar in New York] I had an alternative, creative major. Basically I created my own,” Violet explained. “It was an independent major in myth & symbol. I took a lot of art history and religion classes and thought maybe I’d go into teaching after school. When everyone graduated and started moving toward the job process, I decided to keep studying so I went to London for my masters. The program wasn’t open-minded like my undergraduate studies had been, but that was a blessing is disguise. I had always been a writer and wanted to perform, so when I re-connected with that, I realized I never actually wanted to teach.” And a new dream came to life.

Violet moved to Nashville soon after, in 2013, and continued writing as much as she could. It was almost like she was inspired by the city in itself and it’s rich musical history, which churned out some of her biggest influences.

“Dolly Parton inspires me both musically and personally,” Violet responded to my question on inspiration in both aspects of her life. “She was the first country artist I ever really listened to and her music led to Emmylou,” very reminiscent on Violet’s album, When the Clock Strikes Midnight, dropping February 19th followed by a show at The Basement on the 20th. In our moment of speaking, Violet said “Do I Ever Cross Your Mind” was probably her most influential Dolly song. But post-interview, she sent me a sweet email changing her mind.

“I just remembered my favorite Dolly song, ‘Wildflowers,'” she said.

With a background in mythology you would probably think Violet’s songs have underlying meanings and deeper roots, but she says she uses songwriting as an escape from the concept of theory and reason.

“Myths are always universal and present to me,” she started, “but I look at writers like Bob Dylan who have storytelling legacies and try to follow that path. I work toward poetic images and try to not think about citing sources like I’m so used to,” she laughed.

As for her album, Violet says she would describe it in one word as “coming-of-age, even thought it’s not one word.

The whole album is about a young woman and the many things she goes through and feels. They’re a lot from personal experience and then there’s the experience of making the album as well.”

The Boston Globe released an article on New Years Eve naming Violet one of 2016’s artists to look forward to hearing. I asked her if there was a certain amount of pressure that came with that recognition:

“They chose me so I don’t think there’s any nervousness that comes with it,” Violet reasoned. “It was just something I didn’t expect! Most press you know about or are told it’s in the works. I remember when The Press House sent the article my way and I sent it to a few friends and one made me realize just how huge it was! People outside of Nashville were really impressed,” she proudly smiled. 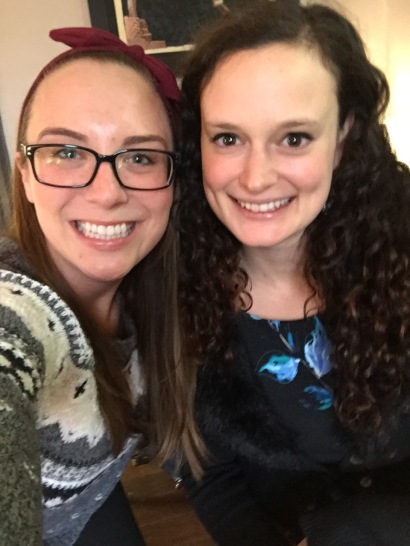 Speaking to Violet more about the album, I asked if she had a favorite song, and prefaced that with the fact that she wasn’t allowed to tell me they were all like her babies.

“I really don’t feel that way,” she laughed. “I think this is something all musicians face, but after the process of writing and recording a song you almost become numb to the meaning behind it and that’s when acting sort of steps in. You really have to get into the heart of the song and remember what you felt when you wrote it.

The title track was really brought to life by the musicians on the record [Grammy winners like guitarist Bryan Sutton and fiddle player Stuart Duncan]. ‘First Goodbye’ came to life right after my Nashville move and centered around a breakup. But I guess, ‘Back to the Sea’ has the most meaning behind it for me. It’s about losing someone and I wrote it right after my grandmother passed away.” I can relate to that track on the album so much and I know many of you will be able to as well.

As far as the process of recording the album, Violet says she was actually the “outsider” in the room between the producer and the musicians and it was interesting to experience that dynamic.

“There were moments where Brent Truitt [producer] and I talked about something, but then the session musicians had an idea that would be way more exciting. The process of the album sort of took on a life of it’s own.”

I won’t give any spoilers, but after having the privilege of listening to When the Clock Strikes Midnight all the way through, I can say it’s a complete concept album relatable to anyone who’s loved, lost, or experienced change in any way. With a humble attitude and open-mind, Violet is a true breathe of fresh air with bluegrass roots in a country forest.