You don’t have to tell me twice. I know it’s been months since I’ve reviewed anything but life has been really busy. Trust me, I didn’t forget about you! I was just waiting until I had something amazing to share with you and behold; the moment of truth!

For my birthday, Kyle got me probably my favorite gift of all time. The instax mini 8 is a portable instant camera that prints polaroid style photos on the go.

It’s pretty obvious that I fell in love with this raspberry beauty from first sight. I was just amazed at how easy it was to set up, load film into and how quickly the photos themselves developed.

There were a few issues though, so I wanted to point out the best ways (I’ve found) to troubleshoot those. I first started by watching instax’s official video on the camera settings. You don’t realize this right away, but there are two steps to the “automatic” settings around the lens. The instax itself does a great job of gauging the setting you’re in and moving the orange colored light to that setting on around the lens. For instance if you’re outside at 2 p.m. in the Summer, it might set to the extra bright setting. If you’re inside with normal lighting, it might set to home. The important aspect is to make sure the wheel that turns with the dot on it, is in line with the automatic lighting setting the instax has chosen for you.

That’s all fine and great and I give @instaxHQ props for making such a clean instructional video (and using the cutest camera of the bunch, if I do say so myself). That being said, I was finding that sometimes the brightest setting was bleaching out my photos outside and the home setting was making them just too dark.

I found a few different things that helped with that. This blog post written by Heidi Swapp was really beneficial as she outlined exactly the issues I was having and stated the best way she found to solve them. Basically the long story short is that you can ideally get the results you’re wanting by adjusting the spinning wheel to align with the setting underneath of the one your camera adjusts to. This will let in just enough light, or less light depending on the circumstance, to change up the focus of your photo (especially helpful when you’re taking selfies with others… which I do a lot of).

The tricky part is, that there’s no setting down from “home” just a setting up. I was confused on what to do when my friends and I took the above pictures so I left it on the home setting for our selfie, and as you can tell, my face is pretty white (I’m not that pale, friends). For the standing pose, I decided to turn it up a notch to the cloudy setting and I was really pleased with the results. The colors were much more on point. I also think it has a lot to do with distance. You shouldn’t typically take photos that are closer than 2 ft from the subject or farther than 8 ft away, which is generally when I notice the quality to be the best as well. 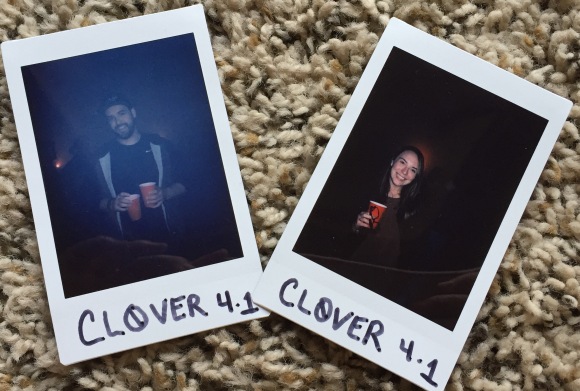 Both of the above pictures however, were taken in the same spot in the same room that was full of smoke and pink lighting, both on the “cloudy” setting. As you can see, the result was different for each because the amount of smoke changed, and each of us probably varied our distance a bit.

Point being; it’s all a science, but I promise you’ll figure it out. You might go through a few duds in your film packs, but the film is priced fairly reasonably and if it’s something that you love doing, then you’re just investing in your hobby and I think that’s pretty cool. It’s all about having fun and not getting upset when a photo turns out different than you think it will, but being happy that you still captured a moment in such a unique way.

“Nashville” was taken one setting down than the first bright setting. Clearly it darkened the photo to a gotham-like image, but still turned out pretty cool. “Part II” was the default “bright” setting and clearly, that’s just a black photo. So that shows you need to play with the settings a bit.

I’ve really taken on the art of taking pictures with this beauty and one thing that I invested in that I’m more than happy with is this Caiul camera case. It matches my purse, so I like carrying the two together at once and most importantly, it protects the camera. The front simply snaps off to leave the camera in the case with the strap while you’re taking photos.

The case also came with a selfie lens and various colored lenses, as well as a photo album specifically for polaroid photos. With shipping, the whole package totaled about $30 and I think it was more than worth it. 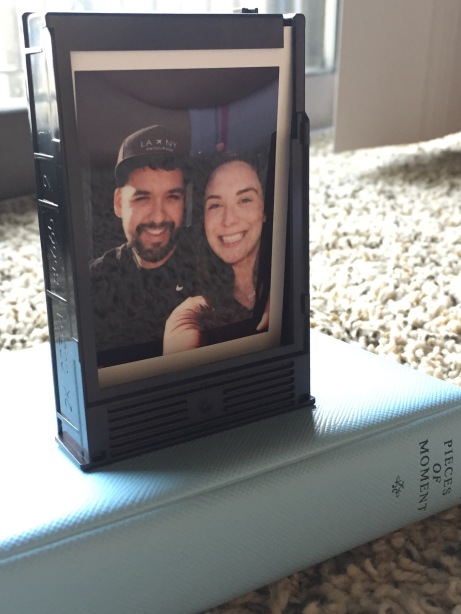 Probably the coolest thing that I learned about this camera, is how to use the empty film cartridges you might otherwise throw away to become picture frames.

Carolynn Stuffs does a great job of making really fancy ones in the tutorial above, but I actually really like the classic black so that you can still tell it’s the film cartridge.

This is just a basic rundown of the things I’ve learned about my instax mini 8 in the last month that I’ve had it and have been using it weekly. I’m really satisfied with the camera and all of the products I’ve gotten to go along with it. If you love taking pictures and enjoy experimenting with new hobbies I really advise treating yourself and picking one of these up. It is by far one of the best gifts I’ve ever gotten and I’ve had so much fun with it.

If you have a mini 8, let me know what you think of it in the comments or if you’ve noticed yourself having to alter the auto settings sometimes! If you’re thinking of getting one, ask your questions below and I’ll do my best to answer.

2 thoughts on “Instax Mini 8 Has My Heart”