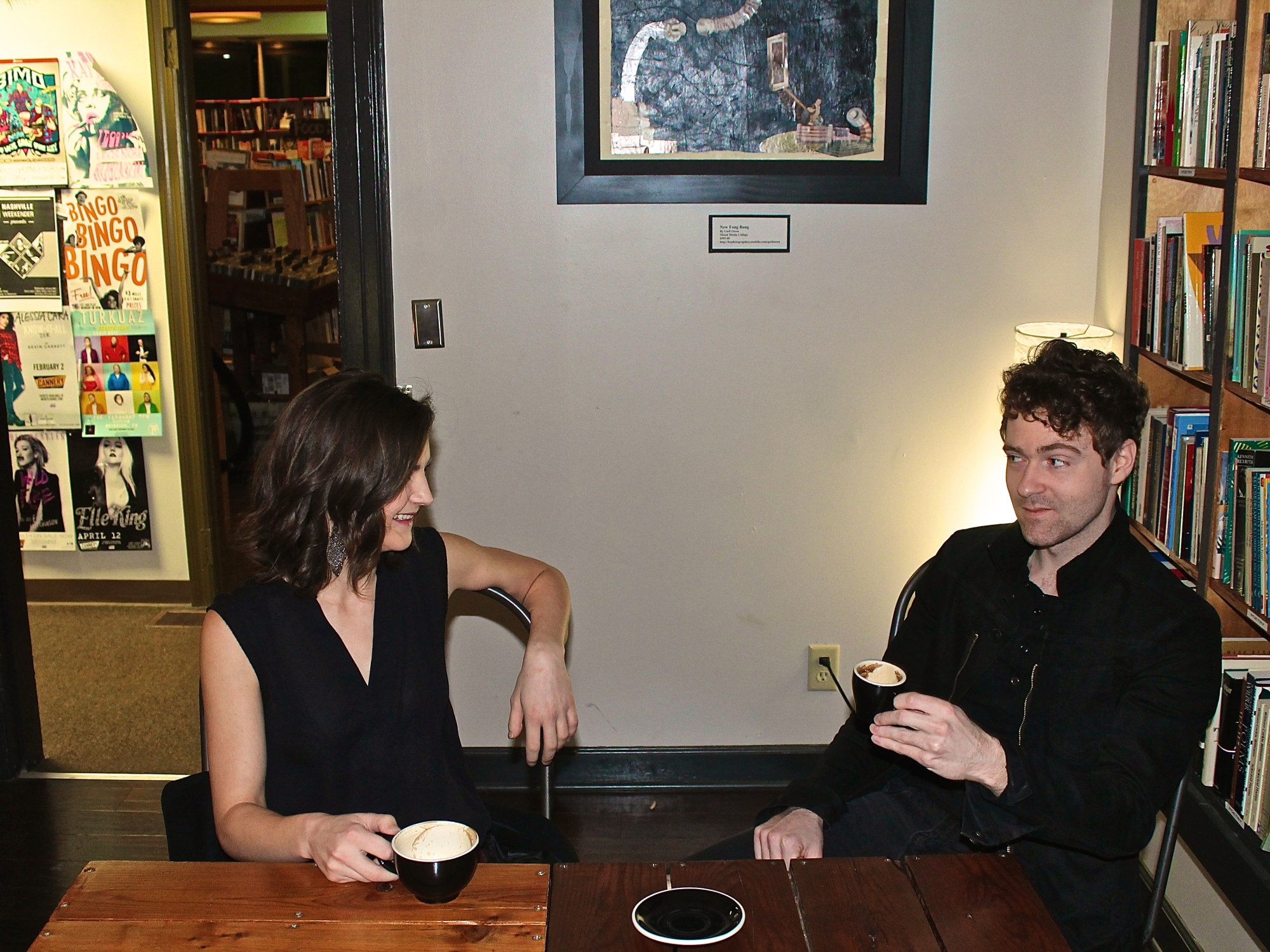 When two things come together and create a spark, eventually a fire starts. Striking Matches realized that from the beginning of their formation as a duo.

“We wanted to mimic what we were doing live,” Sarah explained about the process behind choosing a name for themselves. “It was more of a description of what we are,” said Justin.

“It was almost like a freshman hazing in that class,” Justin spoke about his first time meeting Sarah, let alone playing music with her. “Being paired with a stranger can really break down whatever ‘ego’ you have. It wasn’t too hard to realize Sarah was the only girl in the room. I knew lots of great female musicians, not guitar players. My sole knowledge of a female guitarist was Bonnie Raitt,” said Justin. Sarah laughed in agreeance, clearly remembering that day with just as much vivid imagery.

“It wasn’t a whole semester project or anything like that,” Sarah said. “It was just a small introduction. We had to learn something fairly quickly together and perform it for the class.”

The two decided on a twelve-bar blues “thing” and once Sarah whipped out her slide, which no one else in the class had done, Justin told her they should play again sometime.

“I think I messaged him on Facebook at the time and just said ‘hey, we should meet up and jam sometime soon.’ We started out by just going to each other’s dorm and playing things we knew. Then we did our first writer’s round and soon we were performing together four or five nights a week.”

The chemistry between them spread like wildfire and soon their original music was gaining more attention than their covers. 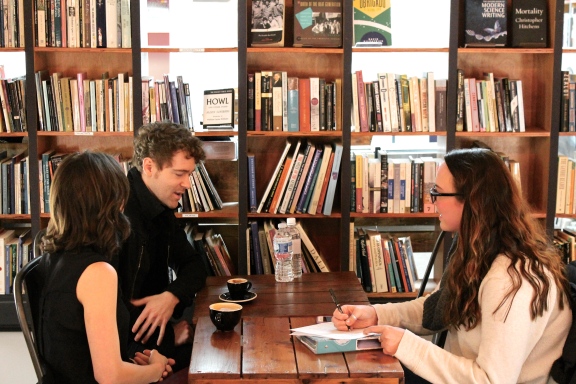 “When people started asking us what our band name was, we actually thought, ‘well, we aren’t one…’,” Sarah laughed.

“Each song that we write takes on a different shape or form,” Justin talked about choosing a “favorite.” “One song that I have to say has gone on a crazy journey is, ‘When the Right One Comes Along.’ I don’t think we ever write things by envisioning what they could be. Our songs operate on their own design. With this particular one, everyone had a different perspective on it. Some people saw it as a beautiful love song, but I remember when we first started working with T Bone on the album he said, ‘this is a very sad song, isn’t it guys?’ We just like to be coy about it and have people develop their own story.”

Striking Matches has eight songs on the hit ABC show Nashville, two of which they recorded on for the episodes.

“We had been writing for universal for four years,” Sarah started, “It was before the pilot for the show even aired that one of the plugger’s at Universal contact the producers for the show when they were in town and asked them to come here us play.”

“It wasn’t a listening room experience where anything was pre-recorded,” Justin chimed in. “The producers came by on their way to the airport to hear us.”

“When we performed they said ‘it’s Scarlett and Gunner!’,” Sarah remembered. “We had no idea who that was at the time. We actually went ahead and put ‘When the Right Ones Comes Along’ on our EP after not hearing anything for a while and the day after the EP came out, we found out that song would be featured in the first season.”

Just from that one live performance, the producers of Nashville chose two of the three songs Striking Matches wrote, to be featured on the show. Their relationship with the show and it’s cast members has continued to grow since their initial involvement and now sometimes Sam [Palladio] (Gunner on Nashville) will tell them a bit about the context of scene in which their song will be used.

Prior to those relationships being built however, Sarah and Justin were seeing their songs come to life at the same time as millions of others seeing the episode on television.

“We weren’t sure what to think about our involvement with the show at first,” revealed Justin. “We were given one sheet to read about it and weren’t sure if it was going to be a sitcom or a drama. I remember looking at Sarah after the producers left and we read the pitch sheet and saying, ‘this could be horrible, couldn’t it?’

I don’t think we ever could have imagined what would’ve come from it. After seeing our first song in the show for the first time, we realized what a respectful job they did. They gave it such a cool context.” 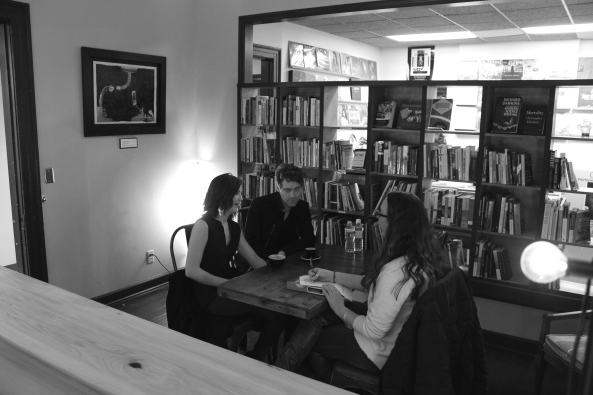 Their story doesn’t stop there. In fact, having their songs featured on Nashville is just a tip of the iceberg of what these two artists can and have accomplished. There story-telling, original music is what makes fans drawn to them internationally, especially in the UK where they now visit every three to five months.

“We didn’t expect that reaction from the UK at all,” said Sarah. “We went in March of 2014 with the city of Nashville for a CMA event. It was an in-the-round type of performance with a lot of artists and then of course, there were open-mic performances while we were there.”

“It was sort of this perfect storm,” Justin added. “Suddenly word-of-mouth started spreading and our UK performances out-paced our US ones by far. We were headlining a Ryman-sized space in London where the cap was 2,000 people. We had played for larger audiences before, but never headlined.”

The world first became exposed to the magic of Striking Matches with their initial EP, that they describe in one word as an “experiment.” The two say that the process of putting together their first EP was a learning experience. It was the first time they had ever recorded together and their was a lot of room to evolve.

Nothing But the Silence is their latest album that they say was more of a “dream realized” than anything else. Produced by T Bone Burnett; composer for True Detective and Executive Music Producer for Nashville, the album was live-tracked and recorded to tape. Something Justin says, was just another experiment in the grand scheme of things.

Some of the best things in life have come from experiments and I don’t think that philosophy differs when it comes to the music Sarah and Justin create.

“We wanted to bring back long solos reminiscent of ‘Stairway to Heaven,’ and T Bone wasn’t afraid to do a five minute long song,” said Justin.

“While we wanted to be original, we were influenced a lot by Fleetwood Mac, Hendrix and Zeppelin. The kind of music we grew up on.”

Justin chimed in, “I remember waiting for those guitar solos in some of my favorite songs and now unfortunately, if you’re looking to push radio, that’s the first thing to get cut.

Collaborating with T Bone was great because we already had the arrangements we wanted and he already has his own signature sound. You could learn things from him that he gained from years of experience in just a few hours.”

Sarah and Justin remembered one morning they were sitting in the studio waiting to record when a guy they had never seen before came in and said “I’ve got your tape.” They soon came to realize that the tape was driven overnight from Chicago because the city of Nashville ran out. (Only in Nashville will you run out of analog tape.) While tape is super expensive and time consuming, the results aren’t even comparable to that of digital recording and according to this duo, T Bone runs the tape constantly; the true trade mark of a seasoned engineer and producer who never wants to miss something great.

Speaking of missing something great; if you haven’t been able to listen to Nothing But the Silence in it’s entirety yet, it’s time you use this snowy weather we’ve been having as an excuse to musically reward yourself. Their lyrical ability to create timeless stories and complicated instrumental riffs that fit seamlessly into their arrangements make for a listening experience like no other. With music as magically humble as their personalities, Striking Matches have set a fire that will never burn out. 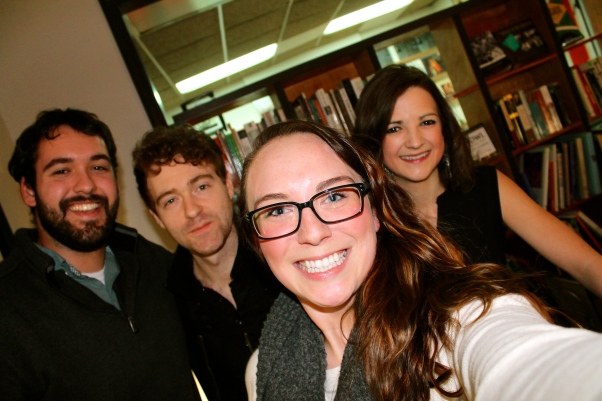 2 thoughts on “Across the Table with Striking Matches”