Secret Stuff is far from a secret. Following the premiere of their latest music video last month, I had the chance to sit “across the table” from Michael Pfohl (vocals/guitar) and talk about the history of the band and more importantly, their future.

“I had a previous band my freshman year at Belmont. It seemed like all at once in January of 2014, the other members were going in different directions and the music wasn’t their first priority anymore – but it was always mine. I felt defeated and I went to my buddy’s dorm room to vent. Before I knew it, he was down to play guitar and he had met a friend through booking shows wanted to get involved too.

We had our first EP in two weeks. We had this on-going text thread for a while to brainstorm band names,” we agreed this is always the hardest part. “It almost became a joke with how many we had and how bad some of them were,” he laughed, “but then one night we were all watching Space Jam and ‘Secret Stuff’ just stuck!” 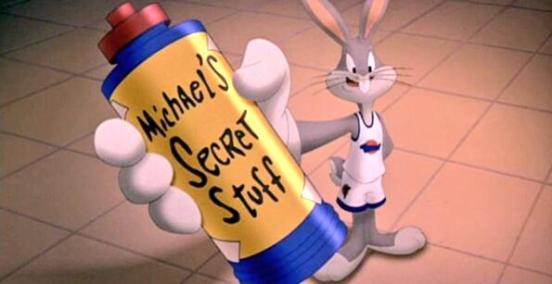 Michael said it didn’t even hit him until long after the fact, that his name is Michael! It was a band-name-match-made-in-heaven, if you ask me…

“It falls under the Emo-revival umbrella,” he started. “My sophomore year of college, their music leaked on a website and I was totally hooked.

Some other major influences would be Free Throw, Lions, Messes and hands down, Sinai Vessel.”

A week after Michael saw Sinai Vessel live, and made it a goal to tour with them, Secret Stuff was on the road with them.

As for their own music, Michael says the Secret Stuff song that means the most to him is “I Lost My Dinosaur.”

“In December of 2014 it was a demo that we recorded and it was released on, This Is Fine with Spartan Records. It has an indie rock sound, which is new for us.

The song came about after I was in a really bad car wreck. I wasn’t physically hurt, but mentally I had a bit of a breakdown. People didn’t care about who I was during that time, they just cared about what I did. I learned then about transactional friendship, which really fueled the creative process for ‘I Lost My Dinosaur.'”

What’s up next? You might ask… Well besides a Fall tour, there’s new music in the works too.

“Secret Stuff is currently demoing an LP with people in Chicago that I couldn’t be more excited about,” Michael said. “Our new music isn’t straight up emo, or punk, or anything really. We’re working to not be pigeon-holed and create music that doesn’t let people categorize us, but makes them say, that’s a good band.”