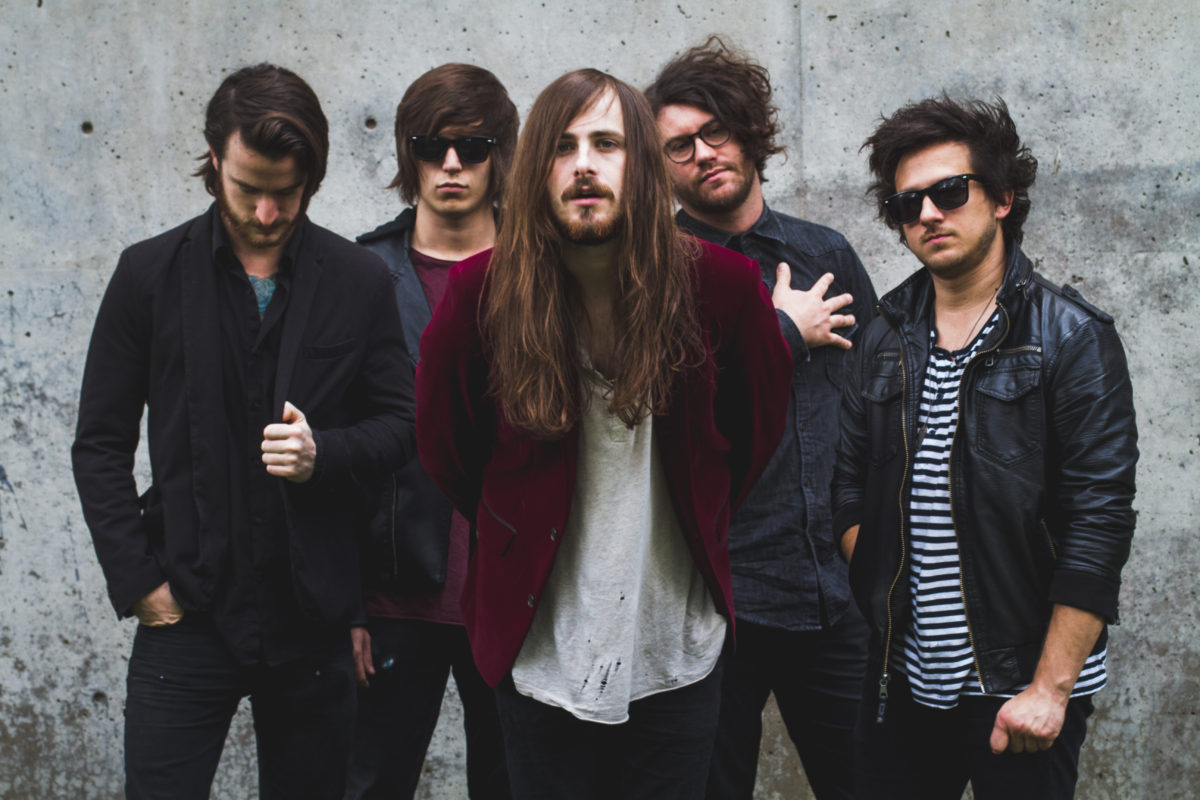 Hailing from Fort Worth, TX, The Unlikely Candidates took hold of Nashville this month at a local venue known as High Watt. Playing songs new and old, they focused on tracks off of their February release, Bed of Liars. I talked to the band after their set to learn more about the story behind their formation and their thoughts on their time in Nashville.

“As a band our primary shared influence is The Strokes. That melodic, melodramatic, liquor soaked atmosphere resonates with us. Other than that, it’s fairly varied – Led Zeppelin, Nirvana, Dr. Dre, Danger Mouse, Oasis, The Weeknd, Van Halen,” bandmate and co-founder, Kyle Morris spoke to me about the musical influences for TUC. “Personally, I really looked up to Robert Plant, he was visceral and otherworldly on stage. I strived to reach a level of presence like that. Larger than life,” he confessed.

Kyle and Cole Male forged a musical partnership that soon came to be known as The Unlikely Candidates.

“I wish I had a better story but I made a list of two hundred [band] names and it was the only that wasn’t terrible. It came to suit us though. Neither of us had written a song before this band, we got started late (senior year of high school), and everyone we knew didn’t take what we were doing seriously for many years. We hung in there and figured it out.”

Off of their latest album, “Violence” is by far my favorite track. It has a driving, revived rock n’ roll tone that embeds many of the influences Kyle mentioned to me when we chatted. Each down beat is a kick in the face (in the best way possible) and you find yourself feeling alive and gritty and ready to rob a bank all at the same time. It’s blues-like lyrical style is a breath of fresh air in today’s music scene.

That’s my favorite track by TUC, so I felt it only appropriate to ask Kyle what song means the most to him. In the history of all songs. I know, it’s tough, but he nailed it.

“A bunch,” he started, “but one that always gets me is ‘Hallelujah’ covered by Jeff Buckley. That song is completely haunting, takes me to that holy heartbroken place every time. Carries even more weight considering what happened to Jeff and his battle with addiction.”

Speaking of favorites, I wanted to know if the band had been to Nashville before and if they loved it as much as us locals do.

“We have. We love it,” he said. “It reminds us of Fort Worth a little bit. The people were friendly, lots of red brick, music, and good food.” I then asked if he felt like things have changed since the last time he’d visited Music City.

“Not that I have noticed. I know a lot more people in the music biz from other parts of the country are moving in,” if there was word that meant more than a lot, I would have added that in here. Seems like 10 million a day to be exact. “So I am sure the vibe is changing a bit,” he laughed.

Everyone’s favorite thing in every city is food. I might be partial, but I have to say I think Nashville has a lot of cities beat in this area. I asked if TUC had a favorite food spot while they were in town.

“Don’t know if it’s my favorite, but when in town we had the chicken from Hattie B’s. I thought since it was the second hottest one we would be okay. So wrong!” I felt his pain instantly. “That was one of the hottest things I have ever eaten. My lips felt like they had been stung by bees, I was sweating and my mouth was holding an unholy fire. It was somehow still really good though and against my better judgment I ate the whole thing. Probably not doing that again.” If you’ve ever had Hattie B’s – you get this.

Post their Nashville show, and hot chicken experience, I asked Kyle what he hopes the audience took away from their set at the High Watt;

“I just hope either the words or the music moved them. Some of our songs are lyrically driven and some are more melodic, but I always try to tell a story and make it fun to sing to. Hopefully either a phrase or a feeling stays with them and adds to the color of their life.”

TUC will be back in Nashville on May 16th at The Basement so if you’re up for some good music, or just a good hang, that’s the place to do it. If you’re not local and want to check out TUC, or just recommend some great food in your city that won’t set their mouth on fire, check out their full tour lineup here.